As a Producer/Director, Bill has over twenty-five years of experience with single and multiple camera projects. He holds a Bachelor of Science degree in TV/Film and is the recipient of ten Emmy Awards,a Telly and other honors related to video production. He is past president of the San Diego Chapter of the National Academy of Television Arts & Sciences (NATAS). Acting as BizVid's President, Bill is in partnership with Caz Taylor. 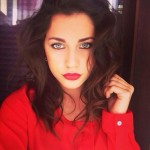